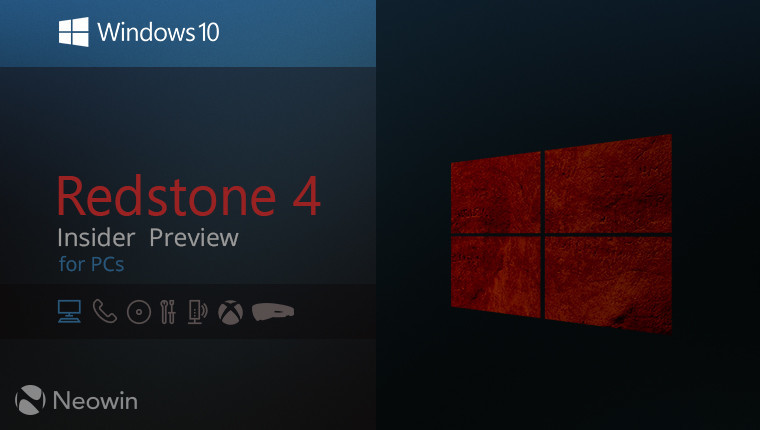 Earlier this week, Microsoft released Windows 10 Insider Preview build 17134 to the Fast ring as a new release candidate for the spring feature update. Now, the build has been promoted to Slow ring testers.

Originally, build 17133 was slated to be the RTM for version 1803, which is also known by its codename, Redstone 4. There was a snag in that plan though. According to Microsoft, there were some reliability issues that it wanted to fix, including some that caused blue screens of death. The team says that it decided it would be cleaner to create a new build instead of servicing the existing one with a cumulative update.

But that also means that everything that runs Windows 10 needs a new build, including PCs, Xbox One, HoloLens, IoT Core, and there even needs to be a new SDK. Microsoft released a new Xbox One build to Alpha ring testers earlier this week, and 17134 was made available for HoloLens yesterday.

The next step would be for the build to be offered to the Release Preview ring, which is reserved for builds that are slated to roll out to the general public. Build 17133 was the first major build to be offered to the ring and get refreshed before a public rollout, so at this point, even a Release Preview offering doesn't mean that the RTM is set in stone. Still, build 17134 is the current candidate for a public release.

If you're on the Slow ring, you can grab today's build through Windows Update, as ISOs aren't available yet. If not, you can always sign up through the Windows Insider Program tab in Settings.

Update: Microsoft has updated its blog post to say that this build is available in the Release Preview ring as well.