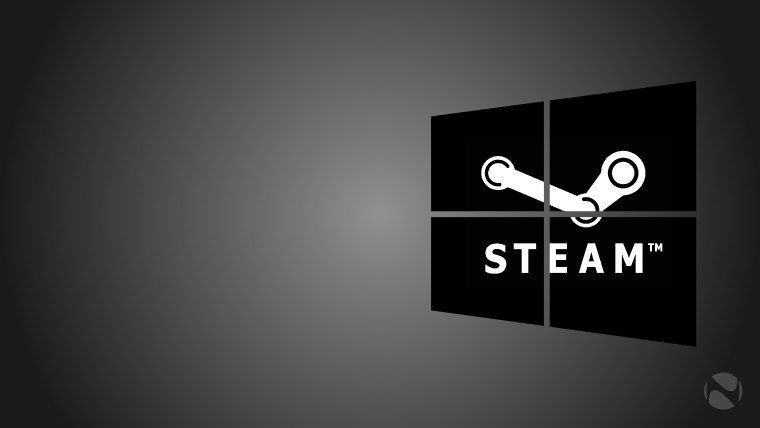 Last month, it was reported that the Windows 10 user base faced a slight decline in user base, causing it to fall from an all-time high of 51.23% to 50.49%. This month, Microsoft's latest operating has slightly regained some lost ground, but it appears that its user base has stagnated.

According to Steam's hardware report - which is based on optional user surveys - for the month of August 2017, Windows 10 has grown to 50.66%. This is likely an insignificant increase which is well within the margin of error. 50.03% users utilize the 64-bit version of the OS while 0.63% run the 32-bit iteration on their respective machines. 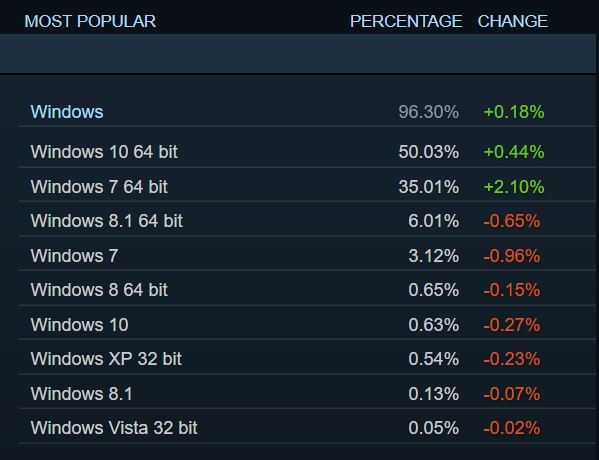 On the other hand, Windows 7 continued to increase in market share, climbing to 38.13%, up from the 36.99% reported last month. All other versions of Windows faced declines in their respective user bases, however, the overall user base for the operating system still grew to 96.30%.

As usual, the changes in the respective user base for Apple's macOS and Linux were within the margin of error, given the insignificant proportions of the user base that they command. The former stands at 3.03% while the latter holds a miserly 0.63% of the user base.

There were no changes in the hardware side of the report with 8GB of system RAM still the most-used configuration. The display resolution for primary displays and multi-monitor setups remained 1920x1080 and 3840x1080 respectively.

It is important to remember that the statistics presented in Steam's monthly report are dependent upon optional surveys, so any changes in the user base of a particular software or hardware wouldn't necessarily represent a shift in broader usage beyond the Steam gaming community.