Xiaomi has previously demoed a 120W fast wired charging solution and a 50W fast wireless charging solution for smartphones. The latter can wirelessly charge a phone with a 4,000mAh battery from 0-100% in just 40 minutes. Now, Xiaomi has announced an 80W Mi wireless charging technology for its smartphones which it claims is "an order of magnitude ahead of similar solutions" offered by other brands.

The company claims that its 80W wireless charging tech can wirelessly charge a 4,000mAh battery to 50% in just 8 minutes. A full charge takes just 19 minutes. 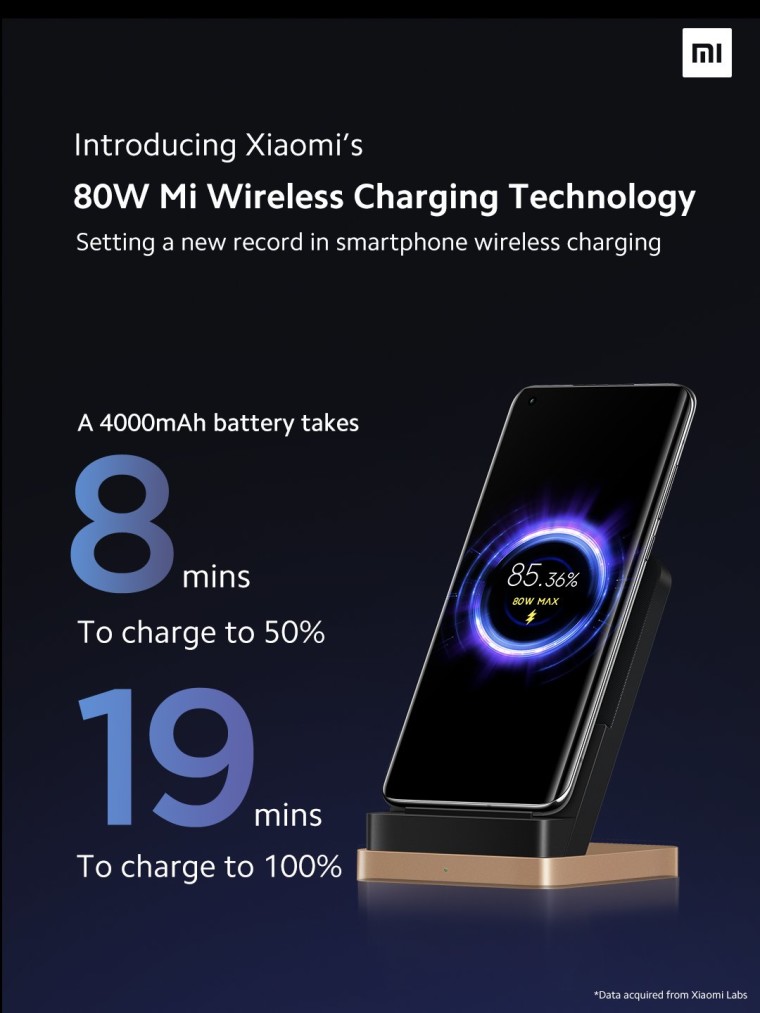 OPPO had announced its 65W AirVOOC wireless charging solution earlier this year that could charge a smartphone with a 4,000mAh battery to full in just 30 minutes. The company used a dual charging coil solution to achieve these speeds, though it requires users to place the device vertically on the charger.

There's no word from Xiaomi as to when this 80W wireless fast charging tech will show up inside its smartphones and what the company is doing to effectively manage and dissipate the heat generated by charging a device this fast.