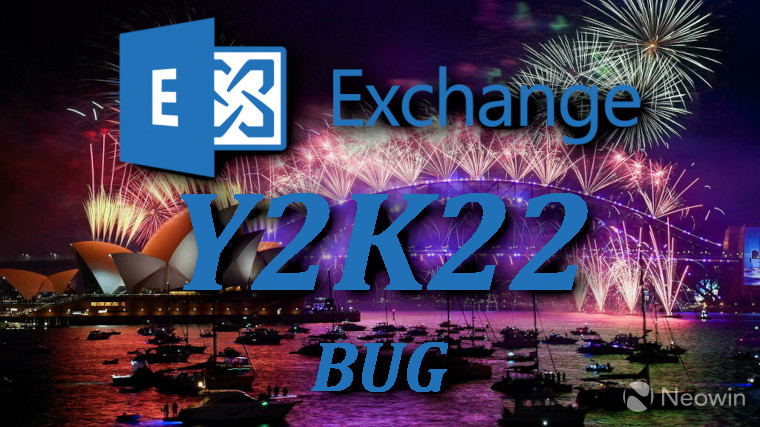 For many, the New Year was a time to spend with family and friends and a time to form loose and hopeful pacts in the form of New Year’s resolutions. For sysadmins responsible for Exchange servers, it’s been a much different story as Microsoft Exchange servers have not been able to properly process the new date, and therefore, can't process mail.

The first social report for this rolled in at 1am EST from Reddit user /u/FST-LANE who suggested that Microsoft released a bad update, aptly named “220101001”. This was presumably a scheduled patch to allow for processing the new date, but it didn’t go as planned. “ I see a bunch of errors from FIPFS service which say: Cannot convert “220101001” to long,” wrote /u/FST-LANE.

This aligns with reports from Marius Sandbu, manager for the Norwegian firm Sopra Steria, who released a detailed synopsis of the cause. He reports Microsoft Exchange servers have stopped processing mail altogether because it isn't prepared to handle today’s date. He states, “The reason for this is because Microsoft is using a signed int32 for the date and with the new value of 2.201.010.001 is over the max value of the “long” int being 2.147.483.647.”

The most troubling part of this is the stop-gap solution. In order to resume processing of mail, sysadmins are disabling malware scanning on their exchange servers, leaving their users, and possibly the servers themselves, vulnerable to attack.

Update: Microsoft has released an official fix for this issue.