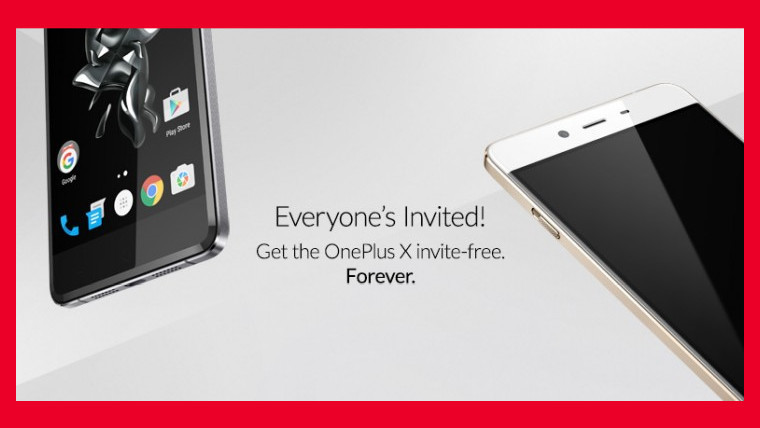 There's plenty of things to like about OnePlus' handsets, but the company's frustrating invite system - requiring potential customers to jump through hoops for the opportunity to buy a device - isn't one of them. Last month, it permanently dropped the invite requirement for the OnePlus 2, and now, it's done the same for its newest device.

The upper-mid-range OnePlus X was unveiled in October, and went on sale a few weeks later, albeit only through its invite system for the first month. Since then, there have been limited opportunities to buy the device without an invite - but OnePlus has now announced that the X has gone "completely invite-free" forever.

However, OnePlus also announced that it is increasing the price of its Power Bank portable battery pack. The 10,000mAh Power Bank was unveiled last March, priced at $14.99, but OnePlus now says that it has sold all of them "at a small loss". From February 4, it will be raising the price of the Power Bank to $19, an increase of just under 27%.

By the way, if you're thinking of buying a OnePlus X now that it's gone invite-free, be sure to check out our review of the device first.