There have been rumors for nearly a year that Apple planned to offer car owners a way to integrate iOS features like Siri and Maps inside a vehicle's dashboard. Today, Apple confirmed those plans as it introduced CarPlay, which will be offered in a select number of vehicles later this year. 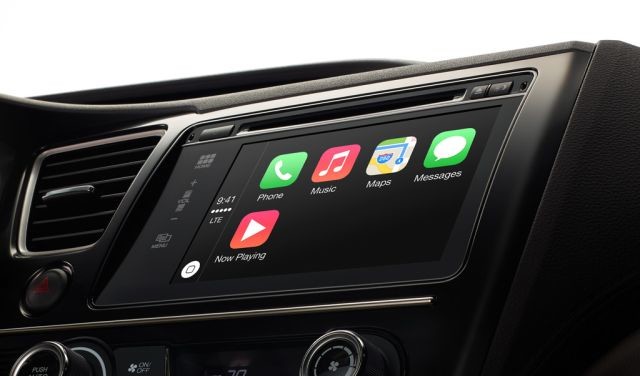 Apple's press release says that CarPlay is designed to work with the iPhone. Once the handset is connected to a car with CarPlay, it uses the iPhone's Maps feature to provide GPS information such as route info, traffic conditions and more. It will even try to anticipate where users might which to go based on the iPhone's recent emails, contacts and texts.

When incoming messages or notifications arrive, Siri provides an eyes-free experience by responding to requests through voice commands, by reading drivers’ messages and letting them dictate responses or simply make a call.

CarPlay also allows users to access their iTunes music collection, along with any podcasts, audiobooks and even third party streaming services like Spotify and iHeartRadio. Ferrari, Mercedes-Benz and Volvo will start rolling out CarPlay integration in some of their vehicle models later this year. Other car manufactures that will support CarPlay in the future include Ford, General Motors, Honda, BMW, Toyota, and more. CarPlay will only work with iPhone 5 models and higher due to its use of the Lightning connection.