A debate regarding Sony's new PS5 revision broke out recently when popular YouTuber Austin Evans decided to take the variant on a small ride. After some teardown and testing, he had concluded that the new PS5 refresh was worse than the original when he found the exhaust vent temperature of the newer variant was higher. He attributed this to the cut-down heat-sink on the new model (image above) which has far fewer fins and is 600 grams lighter.

Dr. Aris Mpitziopoulos, who famously broke the story of Gigabyte's potentially explosive PSU models last year, decided to test the new PS5 model for himself to validate or invalidate some of the findings in Austin Evans' video. Most of the test measurement results were in line with what Austin had found. However, it was noticed that despite higher exhaust temperatures in the new PS5 version, the processor (APU) temperature in the new PS5 itself was actually much lower at 40.8°C, and there was no power throttling either. You can read about it in detail here.

While this seemed to invalidate some part of Austin Evans' claim, other older concerns like high dorsal memory temperatures in the original PS5, as found by Gamers Nexus (GN), remained. Apparently, it would reach as high as 93.3°C in a 22°C ambient surrounding.

To test for this, Aris today conducted a further round of temperature tests with as many as 12 sensors attached to various components on the PS5 board. The results have been compared with the GN test's data with the help of delta (difference) over ambient temperature measurements. 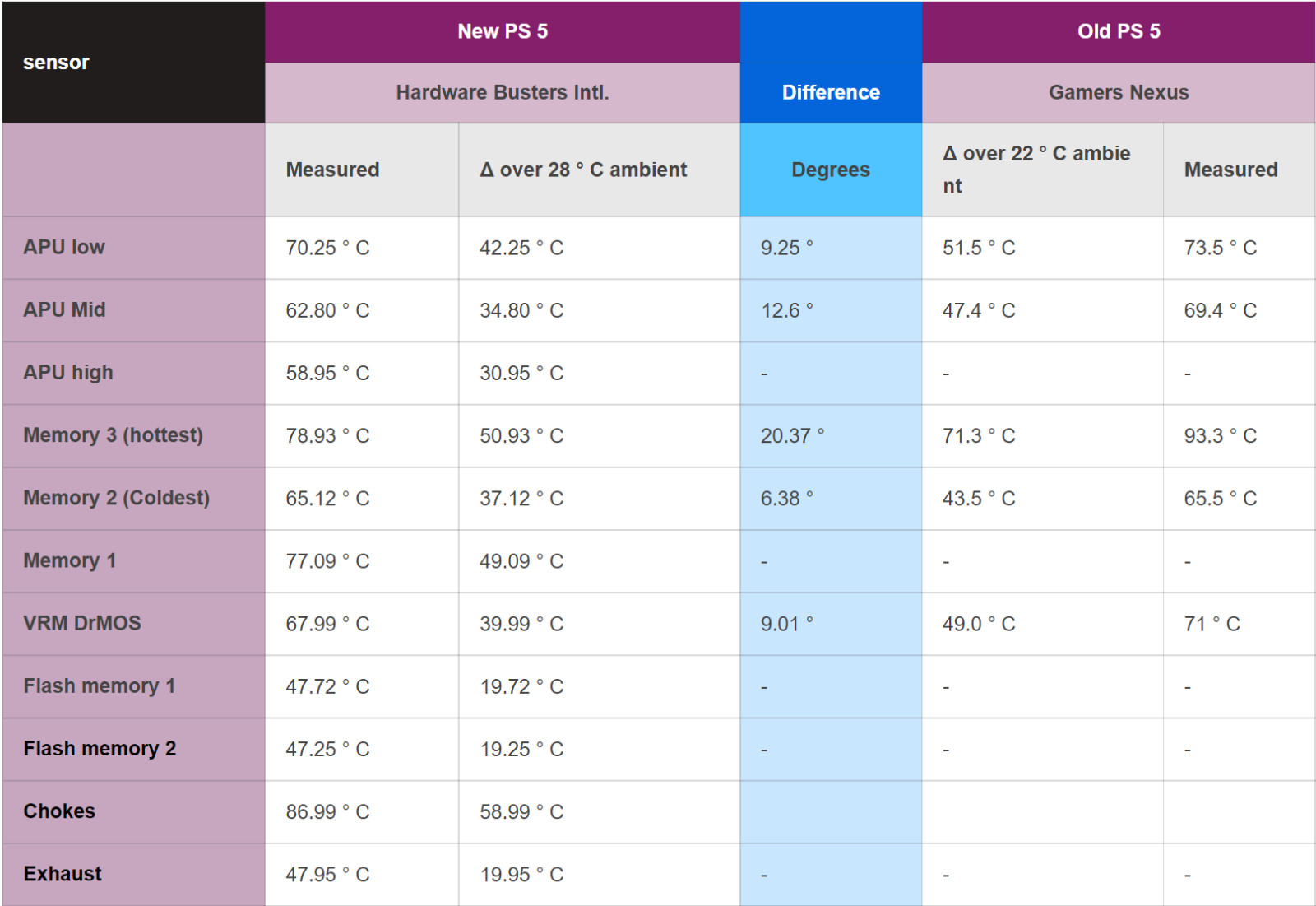 It is to be noted here that the new test conducted here by Aris has a few extra data points compared to the GN results which are why some of the cells in the GN column don't have any comparable data.

A quick rundown of the various temperatures measured across the 12 sensors has been provided in the image above.