David Braben, to some gaming enthusiasts, is like the Steve Jobs of space simulation games. The developer started making a name for himself in 1984 when his studio, Frontier, released the original Elite, one of the most advanced and fully-developed space exploration games the hardware at the time could manage. During a recent interview with Glixel, he gave us a glimpse of what makes him tick, but most importantly, what the future holds for Frontier and Elite as a whole. 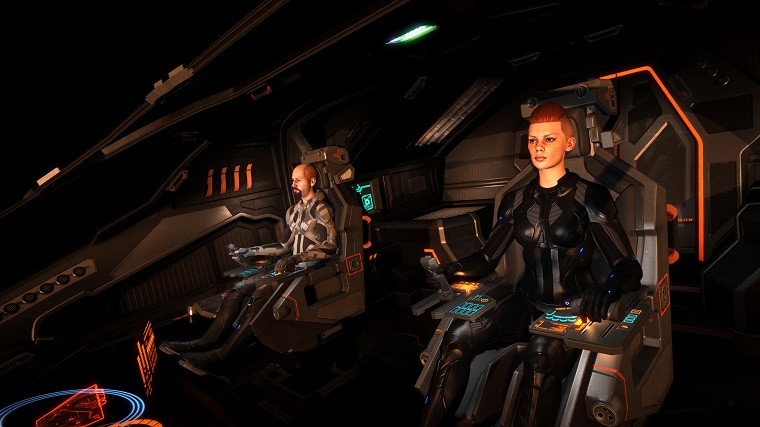 When asked about the genre-pioneering game Elite: Dangerous, and what the developer's plans were for the series in the future, Braben quickly pointed to 'settlers' as the logical next step:

One of our conceits is that humans tried to settle other worlds as soon as it was possible. If you look at history, that's what's happened over time. Look at the 15th, 16th, 17th century. People who feel that their lot isn't a good one will get together, save what money they can, and depart. Not Columbus himself, but so many who came not long after him – within 10 or 20 years – a huge number of them just didn't make it. And we don't know exactly what happened to them.

In the last few decades, with better diving equipment, we're starting to see what happened to them. Some made it to the US coast. That's the spirit of the Generation ships in Dangerous. Even though it was dangerous, people still wanted to try to get away. Whether they shared a religion, or just wanted a different society, whatever. Our story is that most of them made it, and you are now discovering the ones who didn't. They each have their own sad stories. We've got a richness in trying to learn from history. Same with the wagon trains. A lot of those didn't make it.

If you've played the Elite series, you'll notice that the ability to land on planets with an atmosphere has been missing, although players can land on rocky planets that do not have it. Games like Star Citizen have shown gameplay footage recently where players could walk around on worlds, and explore. However, during an interview at gamescom 2016, Braben noted that he wanted to 'get it right' because the developer owed it to the fans. Not to mention that Elite players are arguably very nitpicky. An example of this is when Frontier updated the game so you could transfer your ships from one system to the next; a fierce debate subsequently erupted online about how long it should realistically take for this transfer, because at that time it was instant.

Although the team over at Frontier is ankle-deep in perpetual development for Elite: Dangerous, the studio does have some unannounced projects in the works. Although Braben didn't go into detail, he did drop some hints:

We've also announced that we'll be working on a third franchise which we'll be talking about this year. It's a license of a movie franchise of worldwide renown. It's because we're a listed company, and that we have to announce things that might be deemed "market-sensitive," but we didn't want to announce what the franchise was. But it's a biggie. We want to have the materials to do it. We talked to lawyers, and that's the form of words that most exactly matches that, without giving it away. (Laughter) That's coming in 2018.

Although it still remains to be seen what this project will be, it's good to see that it's just around the corner.

Elite: Dangerous launched on PC in 2014, and then on the Xbox One the following year. Gamers on PlayStation have joined in on the fun recently as well. The developer also just released its latest patch for the game, which added the dreaded 'Thargoid' civilization - after having teased it for months - and gamers have so far been busy uncovering the secrets of this elusive species that lay scattered around the galaxy.