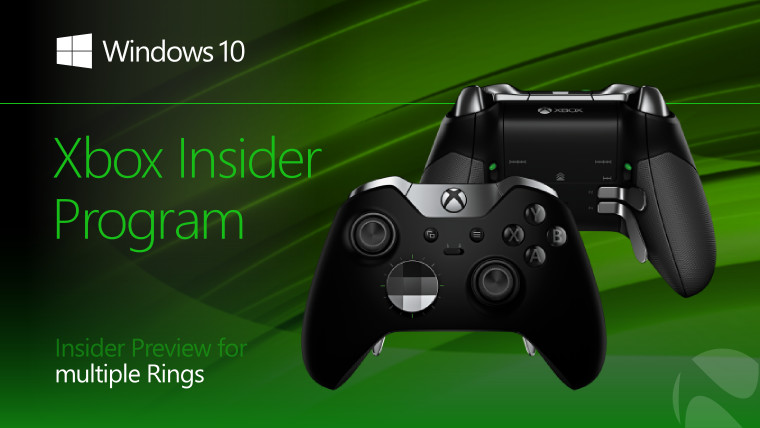 Microsoft announced today that it is releasing a new Xbox One Insider Preview build to the Beta ring and Preview Ring 3. It's the same build that was released to Alpha last night, 15063.1003, but it's important for some members of Preview Ring 3 that have been left out so far, in that it will be offered to the entire ring.

Nine days ago, the first Creators Update build was released to Preview Ring 3, but it was only offered to a subset of Insiders in the ring. At the time, Microsoft said that the remaining Insiders would get it over the next month, which frankly, seemed a bit odd given that the update is slated to roll out to the general public within that time.

Tonight's build focuses on fixes, so here's what got fixed:

The update will begin rolling out at 6pm PT tonight, so make sure to check your Xbox One console for updates after that time. If you're already on the Creators Update, you can get it by going to Settings -> System -> Updates, and if you're not yet, you'll find it under Console info & updates.