The Google Pixel 4a was seemingly supposed to launch this week before its launch was pushed back to early June. Nonetheless, the device has leaked extensively and almost everything about it has been revealed. In fact, its camera performance has also been reviewed and compared to other devices ahead of launch. Going further ahead, the performance of the Pixel 4a has now been showcased on video by running some benchmarks on it, with the numbers then being compared to other Pixel devices including the Pixel 3XL and the Pixel 3a XL.

Below is a table from XDA comparing the benchmark scores of the Pixel 4a to other Pixel smartphones in various benchmarks. 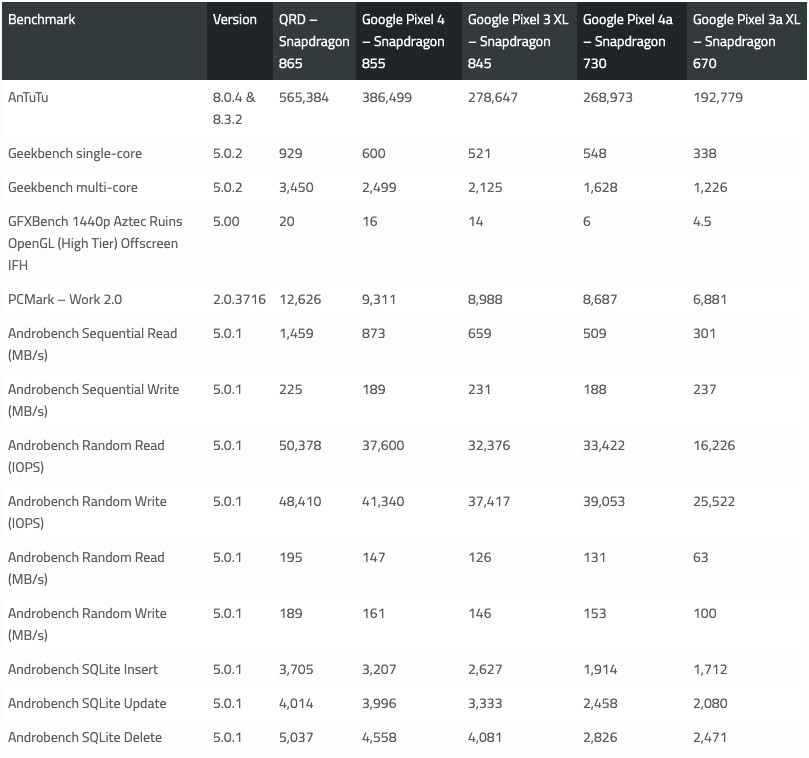 The Pixel 4a is likely going to be priced at $399 so its performance seems adequate for a mid-range phone, though it is notably behind the $499 iPhone SE which features an A13 Bionic chip from Apple.

Are you looking forward to the launch of the Pixel 4a?