IO Interactive is in the middle of providing a second year of support for Hitman 3. Following the Year 2 roadmap schedule announced earlier, now it's nearly time for ray tracing support to go live exclusively for PC players. When the feature hits the game on May 24 with Patch 3.110, upscaling features from Nvidia and AMD are also coming in to balance out the performance hit.

Ray-traced reflections and shadows are what's coming in, both found as toggles within the options menu with further tweaks available over the quality of the implementation. 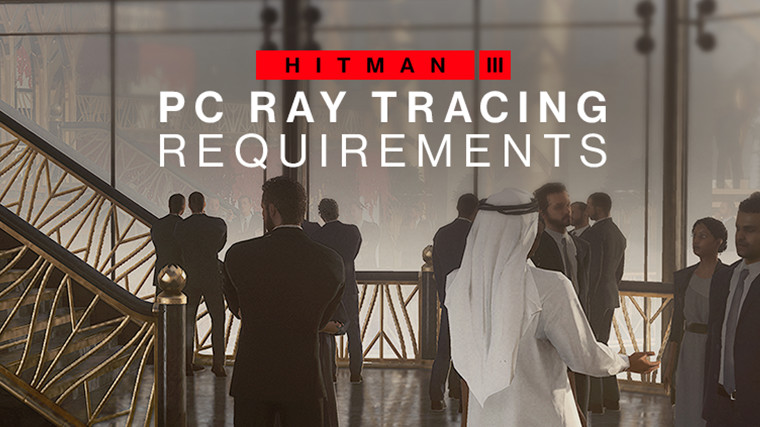 Here are the new hardware requirements, as well as recommended settings, for players wanting their dose of ray tracing, straight from the developer:

Players will need to make sure they are on Windows 10 version 21H1 while also having at least the Radeon Adrenalin 22.5.3 (for AMD) or Game Ready Driver 512.59 (for Nvidia) graphics drivers installed before enabling the new features.

The update carrying all this comes out on May 24 for PC players of Hitman 3 across Steam, Epic Games Store, and PC Game Pass. IO Interactive is also working on a roguelike "Freelancer" mode and a new sandbox map for the game alongside regular updates for the rest of Year 2.