Apple's iPad order page is now showing a shipping time of April 12th for all new orders of the Wi-Fi specific model. 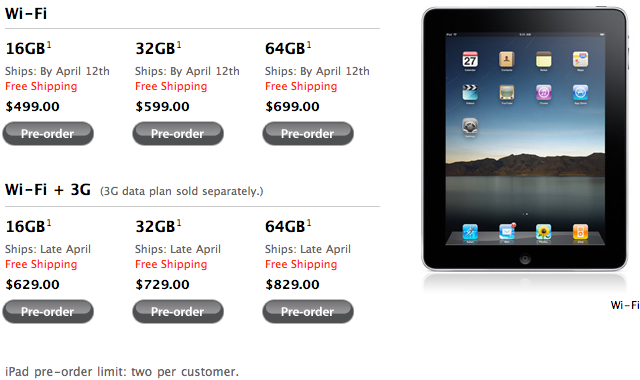 It seems as if the initial demand has even taken Apple by surprise, now that they've delayed all new pre-orders by more than a week. Alternatively, they could also be hoarding supply for their local stores in anticipation for higher than expected demand when it launches on April 3. In addition to a regular walk-in purchases, Apple is allowing customers to reserve a model for local pickup at one of their retail stores.

Estimates of initial pre-orders indicated that Apple had sold over 150,000 iPads in the first 72 hours. Those estimates have now tempered down to 7,000 units per day over the second week, down from 12,000 units per day for the first week. Currently it is estimated that over 240,000 iPad have been pre-ordered since Apple began accepting pre-orders on March 12. 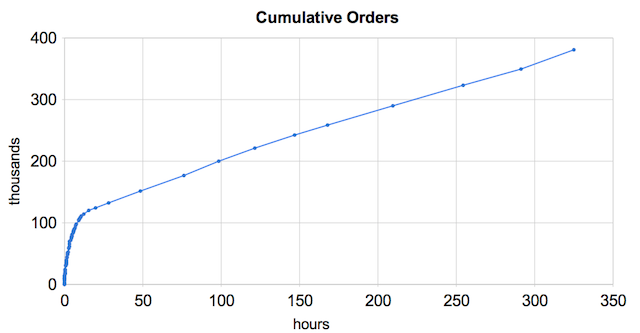