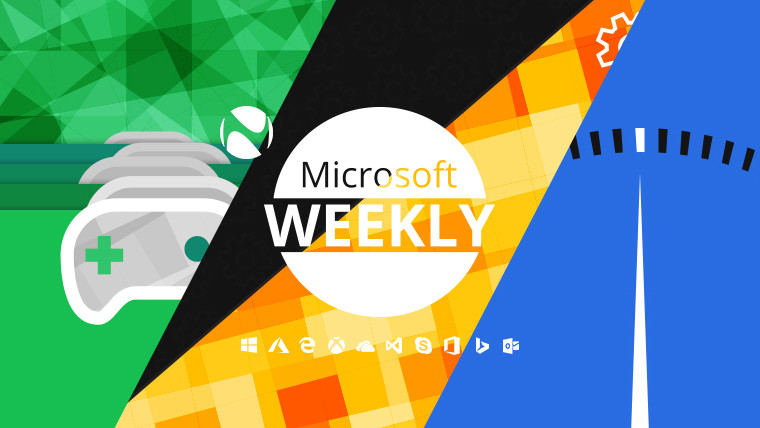 We’ve seen quite a bit happen this past week at the Redmond campus. Whether it’s the rather interesting gaming selection, the takeover of the April 2018 Update for Windows 10, or indeed a few business-centric changes to the company's offerings, it’s all here in your Microsoft digest for the week of April 29–May 5.

Whether gaming is something you regularly engage in, or it’s reserved for those precious few hours of free time, there’s always a title waiting to be played. 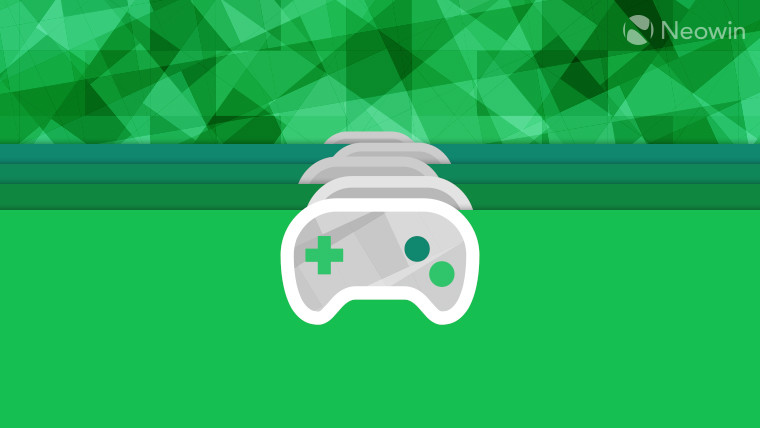 Those with an Xbox Live Gold membership can now grab Super Mega Baseball 2 on the Xbox One for free between May 1-31, and Sega Vintage Collection: Streets of Rage on the 360 between May 1-15, also free of charge. And in case you’re a fan of 360-era titles, you’d be happy to find out that Saints Row 2 has made its way to the Backward Compatibility list.

What might put a bit of a damper on the news above is the fact that owners of Minecraft on the Xbox 360, PS3, PS Vita and Wii U will no longer be receiving updates. The ones who will are Sea of Thieves owners, who were presented with the 1.0.6 update, bringing a number of performance improvements, as well as gameplay fixes. While we’re on the subject of updates, those in the possession of AMD cards should be getting the new 18.4.1 driver version for Radeon Software, which now supports the Windows 10 April 2018 Update.

On a somewhat related note, the Natural Disasters DLC for Cities: Skylines is in fact headed for both the PS4 and the Xbox One, which you might want to hold off on getting, especially if you’re an Xbox Insider. The main reason is that there’s a new build in the Alpha ring – 17134.3024 -, which brings support for more video output options, as well as Xbox – Discord connection support, more privacy options, and as a bunch of other fixes.

Last but not least, Microsoft is finally unifying its existing rewards programs, with the newest target being Xbox Live Rewards. If you’re in the U.S., you should be seeing an email notifying you of the transition to Microsoft Rewards, along with instructions about what to do with your MyVIP Gems and MyVIP perks.

Changes are bound to occur on a regular basis wherever you look, and as far as software is concerned, they take the shape of updates. Better yet, updates sometimes come in clusters. 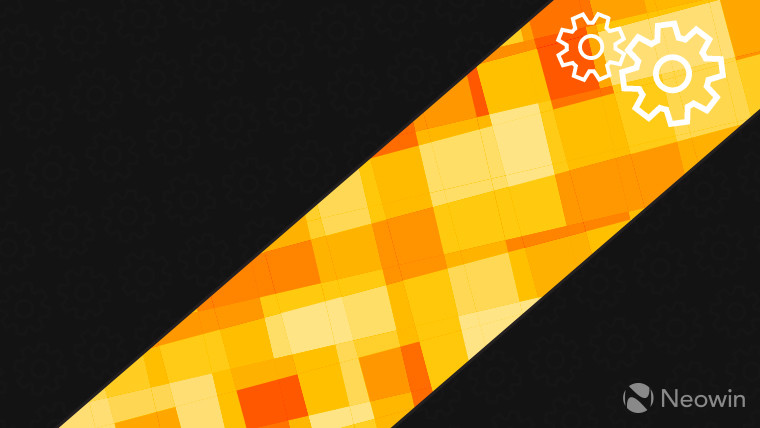 A cluster of features is how you’d probably describe the April 2018 Update, which was offered for manual installation on Monday via the Media Creation Tool. Better yet, you could get the same feature drop via Windows Update as well, just in case you wanted to grab it before its rollout on May 8. You’d have to manually check to find it though. And for the developer folks out there, the SDK is also up for grabs.

There is however a bit of a list to go through before you can decide whether you want to immediately pull the trigger on the update. For one, things like HomeGroup, XPS Viewer, the language controls in Control Panel, as well as a few other features have been deprecated in the April 2018 Update. What may also cause a bit of head scratching is the fact that Chrome seems to be freezing on certain systems with the April 2018 Update installed, but Microsoft is in fact working on a fix for this issue.

Furthermore, the Snapdragon 835 seems to still be the only ARM processor supported in Windows 10’s latest feature update, and if you have either an Alienware 13 R3, 15 R3, 15 R4, 17 R4, or 17 R5, you can’t even get the update to begin with. This is due to the possibility that the aforementioned devices might display a black screen when resumed from battery saving mode.

Whether you’ve decided to stay away from it altogether or perhaps installed it and want to go back, you can check out our guide to rolling back the April 2018 Update.

To end this section on a bit of good news, we found out that Redstone 5 builds would soon land in both the Slow and Fast Insider rings, no longer being the sole preserve of the Skip Ahead Insiders. Lo and behold, Thursday brought us build 17661 for the Fast ring, with an updated snipping experience, as well as improvements to Sets, Task View, Windows Security, Microsoft Pinyin IME, the context menu, and more. There are, of course, quite a few fixes, but also a few issues surrounding the Office and Sets interaction, as well as VPNs not working properly, and certain notifications in Action Center potentially causing Explorer.exe to crash.

Doesn’t matter if an app or service is full of features or a little low on them, there are some capabilities which stand out. Such is the case with the ones below. 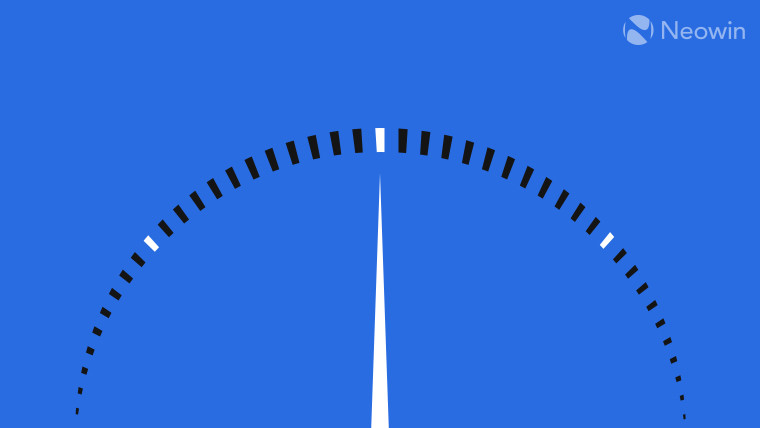 First off, in order to strengthen its USP (unique selling proposition), Microsoft is adding a good few security features to its Microsoft 365 Business package. Chief among these is email phishing protection, followed by a number of data loss prevention policies – like the inability of employees to save files to their personal cloud storage or take files outside the company’s systems.

And while we’re on the subject of security, folks who managed to breeze through the install process of the April 2018 Update will be presented with a new integration between OneDrive and Windows Defender. Specifically, this is refers to OneDrive Files Restore, which essentially allows Windows Defender to trigger the restore process of files saved to the Microsoft cloud, following a ransomware attack.

What will most likely not be restored past June 1 is access to the Twitter apps for Windows Phone 7, 8, 8.1, Windows 8.1, Windows 10 and 10 Mobile versions 1703 and earlier. But not to worry, the social media giant has confirmed its commitment to the shiny new PWA mantra that Microsoft is pushing. As such, a PWA version of the Twitter app for Windows 10 is now available with support for the new character limit, the ability to bookmark tweets, and more. There are a couple of inconveniences though, like no dark mode, no Live Tile support, and no push notifications.

The flagship Microsoft conference for 2018 is nearly here, and as such, the relevant apps have been updated to reflect the imminent event. 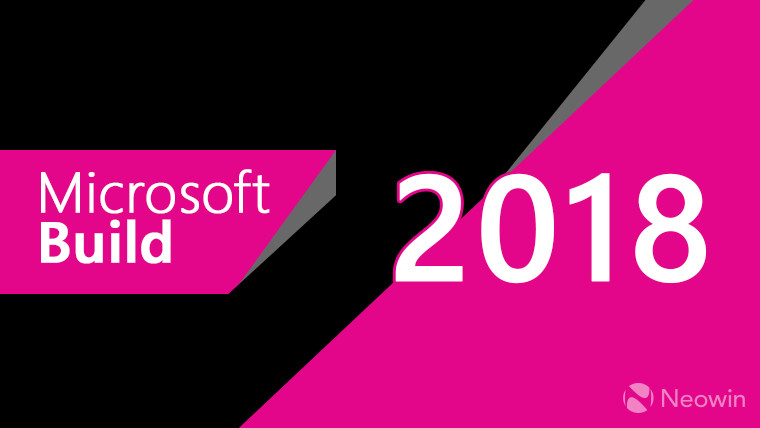 Since we’re only hours away from the opening keynote of Build 2018, the apps on iOS and Android have been updated with this year’s schedule. Do note that this is the same session list we’ve seen posted about a week ago, though it should prove useful especially for those attending the con in person.

Stay tuned, as Neowin is going to be on site to relay the announcements as soon as they happen.

Missed one of the previous Microsoft Weekly columns? Be sure to catch up!