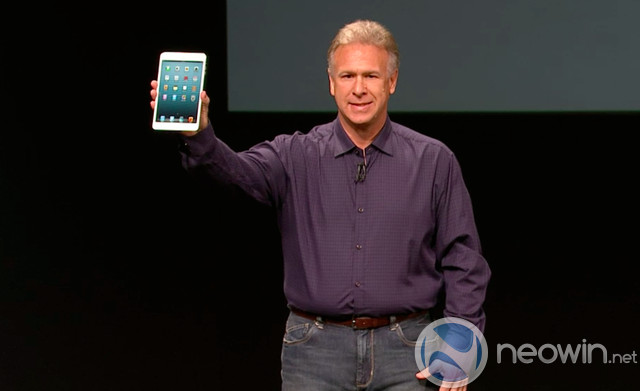 Apple revealed the iPad mini in an iPad-centric press event in October 2012.

While there is a report that claims Apple will reveal the next iPhone at a press event on September 10th, it appears that Apple will hold a separate media conference to officially reveal all the details for its next iPad models.

Bloomberg first reported this news, via two unnamed sources, but their story did not offer a specific date for Apple's iPad press conference. If this report is correct, it would fall in line with what Apple did in 2012, when it announced the iPhone 5 in September of that year, and followed that with the reveal of the first iPad mini and the fourth generation iPad in late October.

The second generation version of the iPad mini is expected to have its screen resolution increased so that it matches the Retina display of the current version of the iPad. As for as the fifth generation iPad, there are reports that Apple will put in a film-based touchscreen, similar to the current iPad mini, that in theory could make the iPad thinner and lighter than previous models.

Apple suffered a bit of a setback earlier this year when it reported that iPad sales totaled 14.6 million for the second quarter of 2013, well below the 17 million iPad models it sold from the same period a year ago.