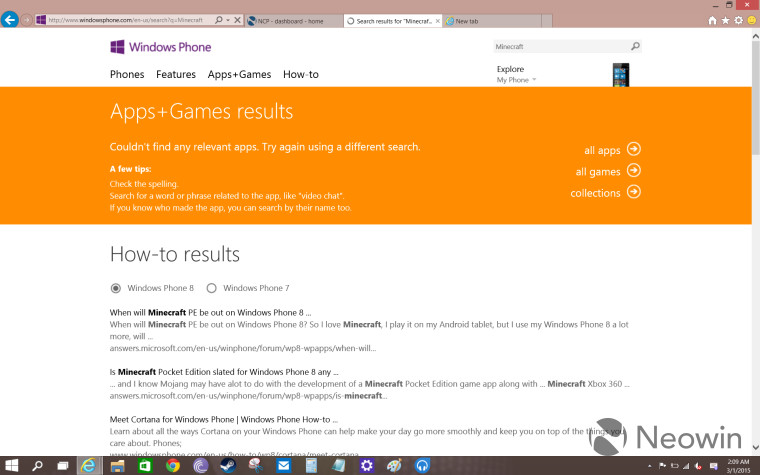 The Windows Phone Store is facing some issues at the moment in several regions. The search functionality and the store categories are the couple of things which are being affected, but the store is working fine otherwise. App and game downloads can be performed normally.

There has been no official confirmation on what the problem exactly is, how widespread it is and when we can expect it to be fixed, but do know that it's facing the same problems in several countries including the US, UK, Pakistan, India, Romania, Egypt, France, Lebanon and Chile, so we reckon that this could be a worldwide issue.

Searching for apps or browsing through the store's categories like "Top Paid Apps" and "Top Paid Games" using the store through the phone app or the browser yields no results, which will be quite a concern for millions of users should the issue remain unfixed for long. However, fret not, as this has happened in the past as well, so we expect it to be rectified in the next couple of hours. We'll let you know when this happens.

Is the Windows Phone Store in your region facing these issues as well? Let us know in the comments.

Update: As expected, Microsoft has fixed the problem after a few hours and the store is working perfectly fine now.