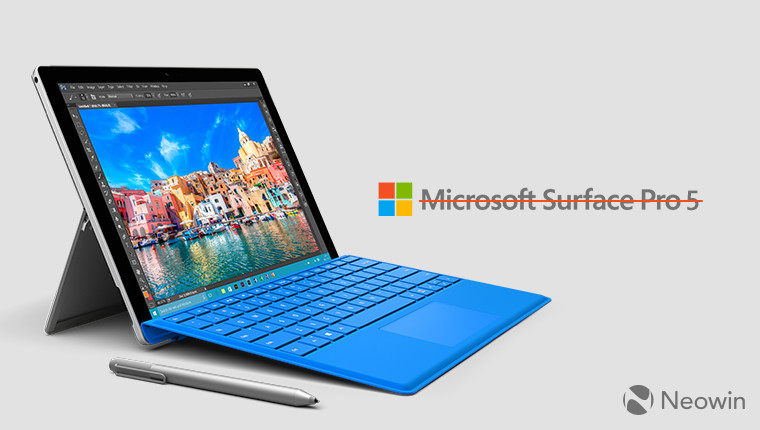 Some folks have been waiting for an upgrade to the Surface line of devices, particularly the Pro and Book variants. Speculation that either a Pro 5 or a Book 2 would make an appearance at Microsoft's May 2 education-focused event was completely put down, as the firm only unveiled its premium-class, Windows 10 S-running Surface Laptop. Naturally, after the Redmond giant revealed that it has another event on May 23, where it will "show the world what's next", some have said that the Surface Pro 5 could appear there. Panos Panay, the corporate vice president for Surface, however, has stated otherwise.

Speaking to CNET, Panay was asked whether after the year and a half since the Surface Pro 4's announcement we can expect the arrival of its successor any time soon. Switching the spotlight to the current generation, the executive went on to say that it is ok if some folks do not want to buy a Pro 4 at this time. Talking about current owners, he stated that he is "super, super sure" of the fact that "the people using a Pro 4 have a product that's going to be competitive for five years".

When pressured to give an answer about the fifth generation, Panay finally clarified that "You'll see that same meaningful impact when Pro 5, or Pro Next hits the market," and that at this time, "there's no such thing as a Pro 5". The device making an appearance in the future was not ruled out, however.

What this all means is that in all probability, either at Build or the May 23 event, we will see a simple processor refresh for the Surface Pro, but no significant, generation-bumping changes.

Thanks to Jose_49 in the forums for the tip!