Earlier today, Microsoft announced the long-awaited release date for its next-gen Windows 11 OS. As many, including us, had anticipated, Windows 11 is indeed arriving in October, starting from the 5th of the month.

The new OS could also be bringing new drivers for Intel's discontinued Kaby Lake G with Radeon RX Vega M processors. Apparently, Intel's graphics driver team is working on it since at least June of this year, and it appears that the driver could be arriving once Windows 11 is out, according to an Intel employee.

We know this from an ongoing thread in Intel's official community forum which was spotted by Twitter leakster @KOMACHI_ENSAKA. Screenshots of the relevant posts from that thread are given below: 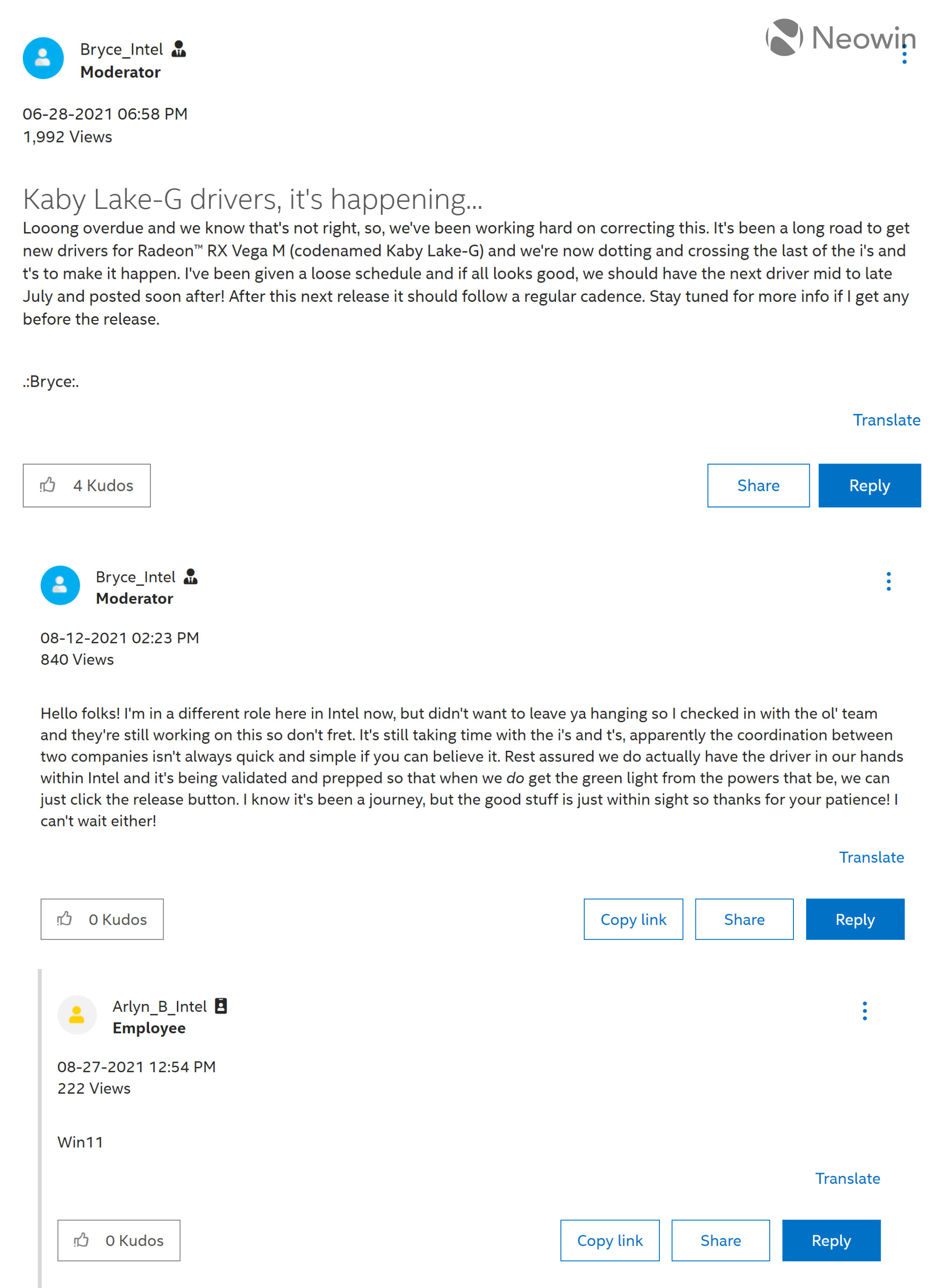 Kaby Lake G with RX Vega M was an interesting product from Intel as it married its own Kaby Lake processors with Radeon Vega graphics using sophisticated technologies like Embedded Multi-Die Interconnect Bridge (EMIB). The parts offered much better graphics performance than what Intel could do at the time.

It was however discontinued by the company in October 2019. AMD's driver team continued to provide drivers for Kaby Lake G for a while before it too called it quits on the product support in June last year.

So, if the latest update materializes, then we could be finally getting a new driver for the Kaby Lake G parts, and this time from Intel itself. While we aren't sure, we believe the new driver might be important for adding Windows 11 support on the existing PCs with Kaby Lake G inside, however it remains to be seen if Microsoft supports it or not.