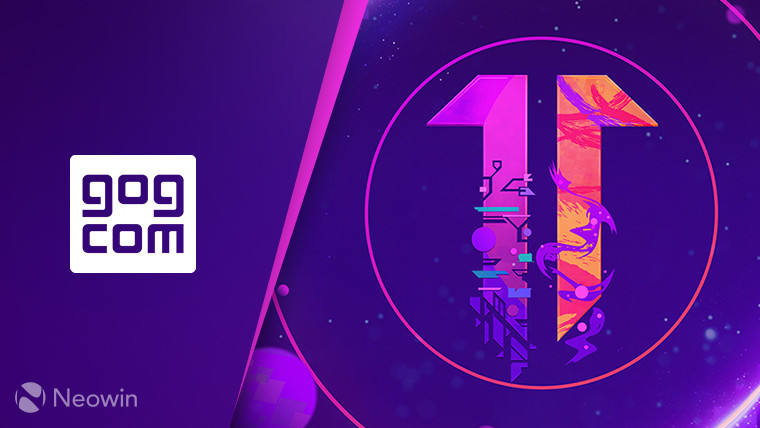 A year ago, DRM-free gaming storefront GOG celebrated a decade of being in business with a redesign of the store, plus a poll that let folks choose which freebie would be available to claim - Shadow Warrior 2 ended up winning. Now, for its "round-plus-one anniversary", GOG is hosting the usual sale, as well as bringing back a couple of things that were discontinued.

Of the things brought back, arguably the biggest one is the return of the classic version of XIII, the 2003 FPS developed by Ubisoft Paris and loosely based on the first five novels of the namesake 1984 Belgian graphic novel series. Its comic book style visuals - not to dissimilar in look to Max Payne's cutscenes, albeit more colourful - are complemented by the voice work of David Duchovny (of X-Files fame) and Adam West. You can get it for $6.63 here.

The game was initially removed from GOG's catalogue in late 2012, most likely due to licensing issues, but the retailer has worked with French publisher and distributor Anuman Interactive to return XIII's classic variant to the DRM-free store. It's worth noting that a "faithful remaster" is planned to land on PC, Xbox One, PlayStation 4, and Nintendo Switch sometime next year.

Joining XIII are four new to catalogue, community requested games. First up is retro FPS DUSK, which you can get for 25% off during the celebratory sale, and which comes with an exclusive THE GOGATORIUM map for its endless mode. Then there's adventure platformer Chasm (35% off), as well as a double helping of Mars-themed RPGs: Mars: War Logs (75% off), and The Technomancer (65% off).

This anniversary also sees the return of Staff Picks, which are curated lists of favorite or recently played titles from the team behind the CD Projekt-owned storefront. You can find the relevant curated list here. Discounted titles include The Mystery of the Druids (75% off), Pathfinder: Kingmaker (75% off), and more, with discounts of up to 80%.

Keep in mind that the discounts for the newly added titles are available until October 10 at 1PM UTC (6AM PT, 9AM ET), and those for the Staff Picks are valid until October 7 at 1PM UTC.