It's been just over a year since Microsoft introduced the Lumia 640 XL alongside its smaller sibling, and the device is now approaching the end of its retail life.

The 640 XL went on sale in the United States last June priced at $249.99 off-contract on AT&T, but until recently, the unlocked model has been sold for $299 on the Microsoft Store. Now, Microsoft has slashed the handset's price by a third, reducing it by $100 to $199 SIM-free, making it even cheaper than the AT&T model, which is still priced at $249.99.

Microsoft has already launched its newest (and much smaller) range of Windows 10 Mobile devices, so it's only a matter of time before older handsets that shipped with Windows Phone 8.1, like the Lumia 640 XL, are completely phased out. Over in the UK, the company cut the price of the phone by 27% in January, in a 'special offer' running for over five months or "while supplies last".

The unlocked model is only available in white on the US Microsoft Store, and is compatible with GSM carriers. The Lumia 640 XL offers these key specs:

While the Lumia 640 XL ships with Windows Phone 8.1 Update 2 onboard, Microsoft is offering an official upgrade to Windows 10 Mobile for the device.

There's no indication on the Microsoft Store site of this being a limited-time offer; the only small print on the listing refers to a promotional bundle that includes a T-Mobile SIM. That suggests that this is a permanent price cut, to help Microsoft shift its remaining stocks of the device as it transitions to its newer Windows 10 Mobile range. 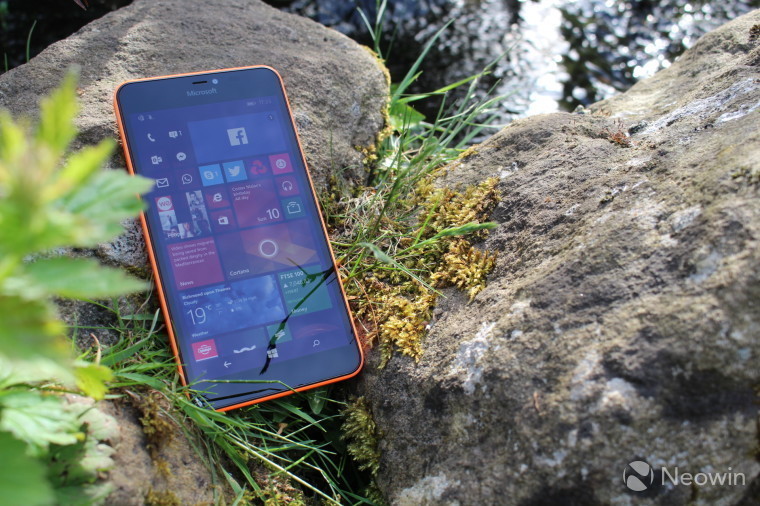 It's not the biggest Windows Phone ever, but with a 5.7-inch HD display, the Lumia 640 XL is still pretty huge. But is the affordable handset as good as it looks, or is big not better after all?

If you're thinking of buying the device, be sure to read our in-depth review before you do so.