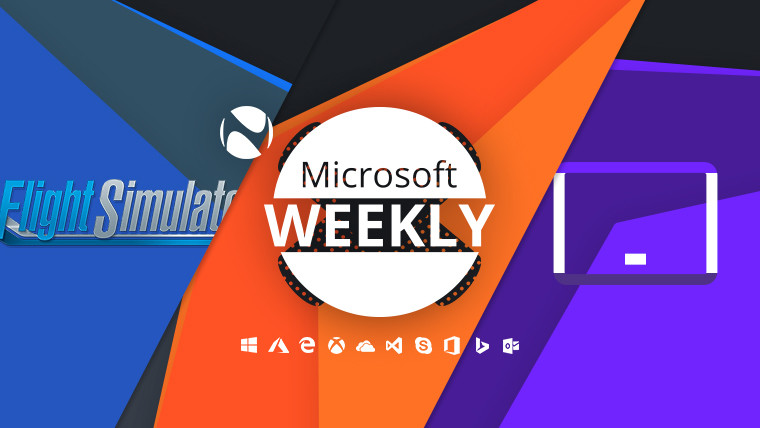 As yet another batch of seven days is coming to an end, we’ve witnessed the unveiling of system requirements for the upcoming Flight Simulator reboot, the advent of a number of patches and new builds, plus the changeover of some products from Office 365 to Microsoft 365. You can find that, as well as much more, below, in your Microsoft digest for the week of April 18 - 24. 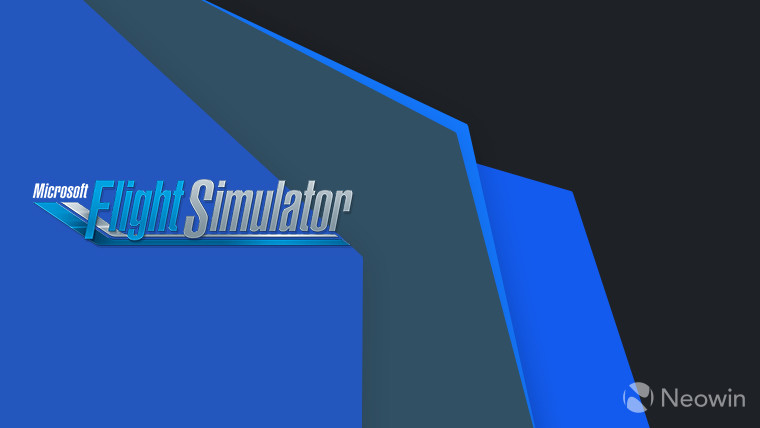 Straight out of the gate, let’s talk about the upcoming Flight Simulator reboot, for which the company has released system requirements.

On a related note, the updates to the ongoing Flight Simulator Alpha are steadily coming in, with version 1.2.10 being released recently, soon to be followed by 1.2.12. Version 1.3.X.X of the Alpha should be available in about two weeks’ time.

As previously promised, version 2.0.14 of Sea of Thieves, better known as the Ships of Fortune update, has been released this week, bringing an updated Arena mode and overhauled Trading Companies, plus, most importantly, the addition of cats as pets.

In other vaguely first-party news, Minecraft creators have partnered up with the United Nations Development Programme and Heart17 to spread awareness about COVID-19.

Changing tracks to console news, Xbox players can now donate reward points to the United Nations Foundation and GlobalGiving, in addition to the CDC, and version 2004 for Xbox One has now been released, featuring a simplified Guide, Mixer improvements, and more. The build number is 19041.1927.

News regarding the Xbox One X has also sprung this week, with the Cyberpunk 2077-themed bundle – console and controller – being unveiled. Limited to just 45,000 units, this has been confirmed by Microsoft to be the last ever limited-edition One X console. There will be custom Seagate HDDs in 2TB and 5TB flavors to choose from, in addition to the Arctic 1 Wireless for Xbox Johnny Silverhand Edition headset, and the $74.99 previously mentioned controller. Its charging stand will set you back $49.99.

Concerning the other X in Microsoft’s console lineup, Xbox Series X, the company has trademarked its logo, which does very much look – unsurprisingly - like a riff on the same letter in the One X logo.

Moving on to releases, Yakuza: Kiwami is already available for Xbox Game Pass on PC and console, while survival horror title Monstrum is set to arrive on Xbox One, Nintendo Switch and PlayStation 4 on May 22. A puzzle-adventure title based on the Peaky Blinders TV show, dubbed Peaky Blinders: Mastermind has also been announced this past week for Xbox One, Nintendo Switch, PlayStation 4, and PC, although only a release window of summer 2020 has been provided. 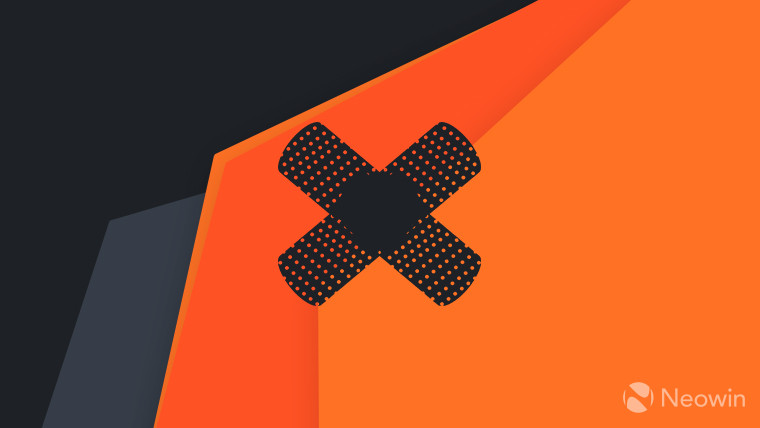 Folks that have either followed the news, or have used Windows 10 for a decent amount of time will know that Microsoft has a habit of releasing updates not just on Patch Tuesday, but also in the interim (called C and D updates, depending during which week of the month they’re released). As you’re probably well aware at this point, the company will not be offering optional updates anymore starting in May, instead focusing on just Patch Tuesday ones in the interest of stability for people working from home during the ongoing pandemic.

As usual, we’ll touch upon the highlights of each of the patches, and if you’re interested in checking out the full list of changes, you can do so here. Here’s what you need to be on the lookout for:

Moving on to the Insider Program, there’s build 19041.208 which made its way to the Slow ring, fixing the issue that failed to send NPLogonNotify API notifications to the credential provider framework, and still carrying the Narrator and NVDA interaction difficulties with Chromium Edge as a known issue. Keep in mind that although this is part of the soon to be released version 2004 (or codename 20H1, or officially, the May 2020 Update), this cumulative update hasn’t made its way to the Release Preview ring yet – even though 20H1 proper has.

Testers in the Fast Ring got build 19613 of Windows 10’s vNext branch to play with, which fixed the issue causing the taskbar to display only default app icons, as well as the bug affecting Visual Studio users with multiple monitors. Settings should also no longer crash when uninstalling a font. The previously known list of bugs is still there, including the update process hanging for extended periods of time.

For those interested, there’s also build 19608 of the Server Insider Preview, though Microsoft doesn’t seem to have shared any changelog. Updated versions of the ADK and WDK are available, but the HLK hasn’t been updated to the current vNext cycle.

Moving on to the cloud, Azure Government now includes the Azure Migrate service,, with initial support being provided to the US Gov Arizona and US Gov Virginia regions. In further cloud news, Query Acceleration is now available for Azure Data Lake Storage in public preview, while priority retrieval, Upload Blob Direct to Access tier, and an enhanced Copy Blob API are all now generally available for Azure Archive Storage.

Finally, for those using Power BI On-premises data gateway, the April update is out, bumping the version number up to 3000.37.23 and including an improved version of the Mashup Engine. 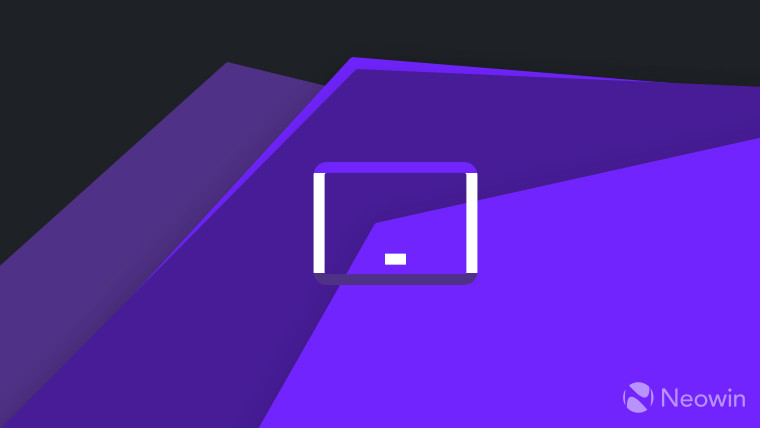 As the heading of this section implies, there’s a larger viewing area, and that concerns the Surface Go 2, which is due to launch very soon. According to a new report, the second-gen device will up the screen size from 10 inches to 10.5, in turn increasing the resolution from the rather weird 1800x1200 to the pretty standard 1920x1080. Coming with either a Pentium Gold 4425Y or Core m3-8100Y for the more expensive model, it’ll be equipped with either 4GB or 8GB of RAM, 64GB eMMC or 128GB SSD for storage, USB Type-C, Surface Connect, microSD expansion, and an IR camera for facial recognition. The starting price is said to remain $399.

Sticking to the same hardware division, the Surface Earbuds and their Office 365 integration, initially revealed in October last year, were due to launch later in 2019, but got delayed to spring 2020. Now, it appears the company is gearing up to release them on May 6 priced at €199 in the European markets and $249 in the U.S. There is apparently another new Surface headphone product on the way, but there are no other details about it.

The last bit of news concerning Surface is for owners of the 15-inch AMD-powered Surface Laptop 3, which has gotten a driver update that improves system stability.

We end, rather unusually you could say, with some rebranding news. 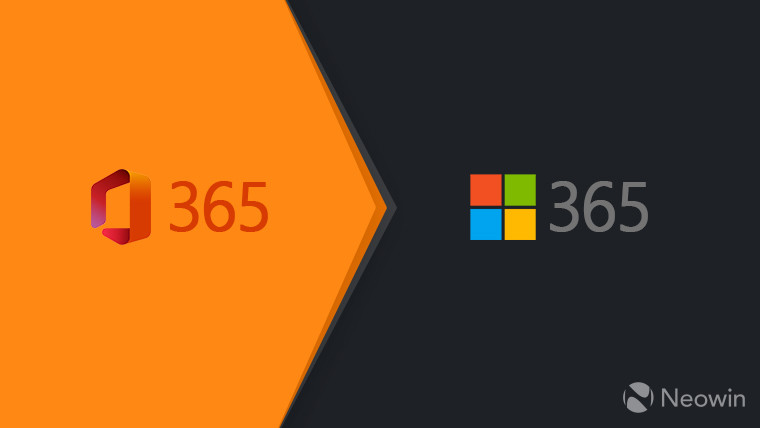 Something that’s been rumored for quite some time, the consumer variant of Microsoft 365, was finally unveiled at the end of March. However, with it came a rebranding of certain existing offerings, like Office 365. As such, the Personal and Home tiers of the subscription will now be renamed to Microsoft 365 Personal and Family, respectively. They will additionally include Teams for consumers and a new Family Safety app for iOS and Android – though some features will be exclusive to the latter OS -, neither of which are currently ready and will arrive in the coming months. The change of brand will of course be rolled out gradually.

Included as part of a slew of updates is a new Money feature in Excel for managing your budget, the Grammarly-like Microsoft Editor – which is also available as an extension for Chrome and Chromium Edge -, and more.

Weirdly enough, some business plans will also be rebranded, but not all of them. Check here for more details.