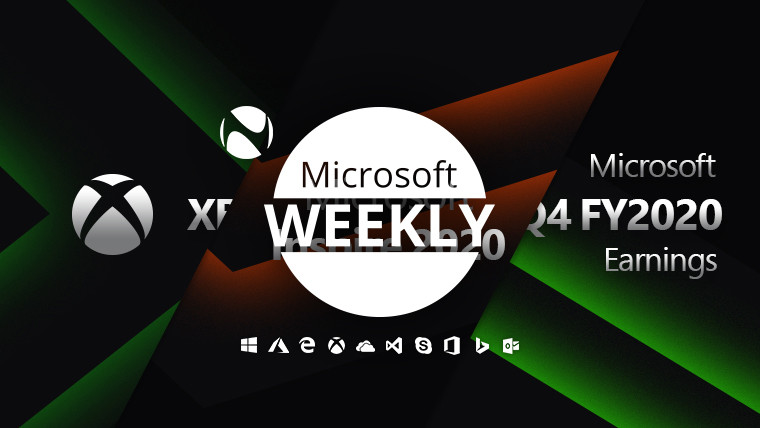 It’s been a pretty busy week in regards to Microsoft news. Not only did we get to see the various announcements from Inspire and even the company’s Q4 FY2020 earnings report, but also a slew of games announced during the Xbox Games Showcase. You can find info about that, as well as much more below, in your Microsoft digest for the week of July 18 - 24. 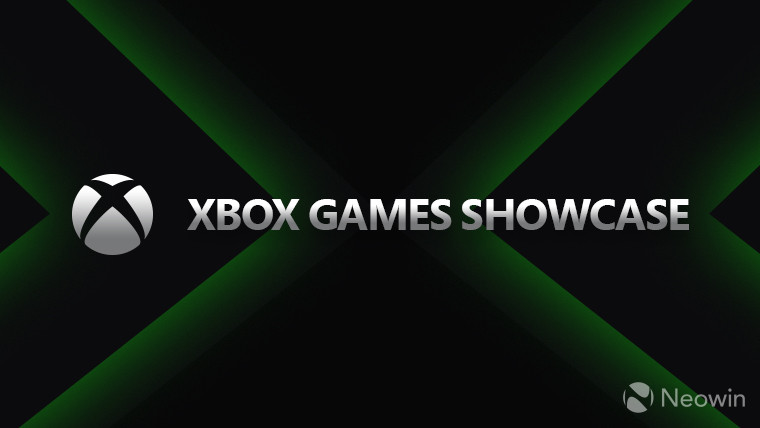 Before we begin with the Xbox Games Showcase proper, it’s important to highlight the fact that if you’re on console, the Xbox Summer Game Fest is still going until July 27. It gives you access to over 70 demos of unreleased games, so if you’re interested, feel free to check them out.

After much waiting, the Xbox Games Showcase debuted on July 23, coupled with a pre-show carrying various game announcements too.

Starting with the pre-show, it was revealed that Dragon Quest XI S will be coming to Xbox One, Windows 10, and Game Pass on December 4. Afterwards, a free-to-play online shooter with mechs dubbed EXOMECHA got its world premiere trailer as well (coming 2021 exclusively to the Xbox ecosystem), followed by turn-based adventure Echo Generation (coming 2021 to the same ecosystem), Hello Neighbor 2 – also next year -, Square Enix’s 3D action platformer Balan Wonderworld - which will arrive in spring of 2021 -, and a lengthy ID@Xbox sizzle reel. All of the titles showcased in the sizzle – including TUNIC and Sable – will be coming first to console on Xbox, and will be optimized for the Series X.

The main showcase kicked off as was to be expected with 343 Industries’ Halo Infinite, which got not only a new trailer, but also a sizeable portion of actual gameplay showing off its open-world and grappling hook addition. The Halo CE-inspired key art was also revealed for the upcoming title. It’s important to underline the fact that 343 is taking the Destiny route, as Halo Infinite was confirmed to be a platform that grows over time, with no sequels planned.

In a rather surprising announcement, State of Decay 3 made an appearance, though there was no release date shared, only that it will be coming to Series X and PC. In a similar situation was Forza Motorsport, Turn 10’s retooled / rebooted title which got an in-engine trailer and is coming to Series X and PC as well. Adding yet another title in the vague column we is Rare’s Everwild. Its new trailer showcased the art style and world, though it’s still unclear what the gameplay of the title will be like. And yes, we at long last got official confirmation that Playground Games’ RPG studio is working on a Fable series reboot, coming to the Series X and PC with no release date attached.

Obsidian was on hand with not one but three announcements, including the Peril on Gorgon DLC for The Outer Worlds - coming September 9 -, its Honey, I Shrunk the Kids-like co-op survival title Grounded – coming to Steam Early Access and Xbox Game Preview on July 28 -, as well as the “expansive first-person RPG” Avowed, which is set in the Pillars of Eternity universe and has no release date currently.

Xbox Game Studios Publishing was present in full force during the showcase, with the “original interactive drama” As Dusk Falls and DONTNOD’s Tell Me Why announced as console exclusives. Presumably via the same kind of partnership, Destiny 2 was announced to be coming to Game Pass and Series X, with Microsoft debuting a trailer for Destiny 2: Beyond Light, available November 10. This was also followed by console launch exclusives like the 2021 title The Gunk from the creators of SteamWorld, Bloober Team’s The Medium – which showcased its dual-reality gameplay -, Phantasy Star Online 2: New Genesis, Remedy’s CrossFireX campaign debut, Fatshark’s Warhammer 40K: Darktide FPS, Tetris Effect: Connected, and even S.T.A.L.K.E.R. 2.

Double Fine showcased a rather psychedelic trailer of Psychonauts 2, though it still lacked a release date, Ninja Theory was present with a short clip which highlighted the setting of Hellblade 2, and Ori developer Moon Studios made an appearance to state that a Series X optimized version of Will of The Wisps will be available holiday 2020, allowing the title to run in 4K resolution, at 120 frames per second, with HDR.

The aforementioned Ori title, as well as Gears 5, Gears Tactics, Sea of Thieves, and Forza Horizon 4 will get Series X-optimized versions via Smart Delivery, meaning existing owners receive them for free.

A point that bears repeating and that was emphasized by Phil Spencer himself, is that every single game present in the main Xbox showcase will be playable on Game Pass, regardless if it's third or first-party.

Feel free to check out the game announcements without separate posts here, and head over to this tag for all of the news from the showcase. Discussions about Microsoft’s E3 replacement are of course encouraged, and you can opine on the digital event in the dedicated thread on the forums.

Lastly, we should really cover some of quick bits of gaming news that happened outside of showcase itself, including Microsoft Flight Simulator getting a new Partnership Series teaser and beta invites, Minecraft finally being migrated from AWS to Azure, and Sea of Thieves selling over one million copies on Steam. 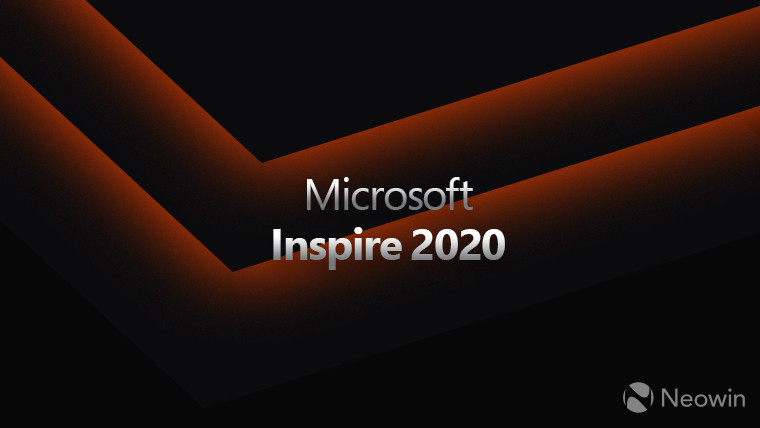 Microsoft’s yearly Inspire conference took place this week, though obviously in a digital form due to the current world events.

During the two day event, the company unveiled a new supplier code of conduct underlining sustainability requirements, its intention to have diesel-free datacenters by the turn of the decade, and an initiative called Transform to Net Zero to reduce carbon emissions.

Microsoft was also quick to highlight the strong growth of its Business Applications ISV Connect program, the availability of a new Power Platform solution to help employees return to the workplace, as well as the availability of Dynamics 365 Customer Voice, Connected Store, and Fraud Protection.

In addition, Yammer’s new design is now rolling out to everybody, Windows Admin Center version 2007 is now available, as is the public preview of the cloud-based Universal Print solution. Microsoft Lists will be rolling out on the web this month, with improvements to Teams Rooms management and third-party app use for the chat-based workspace also in various stages of availability.

Last but not least, the event also focused on security and compliance as well as partner improvements for Azure, including an updated Insider Risk Management solution within Microsoft 365 and Azure Privileged Identity Management support for just-in-time access within Azure Lighthouse, to name but two.

On the tools and infrastructure side, networking updates to Azure Migrate have been made generally available, as has the Microsoft supported distribution of Apache Hadoop. Previews for Azure Stack HCI, last access for Blob Storage, and more, were also announced. 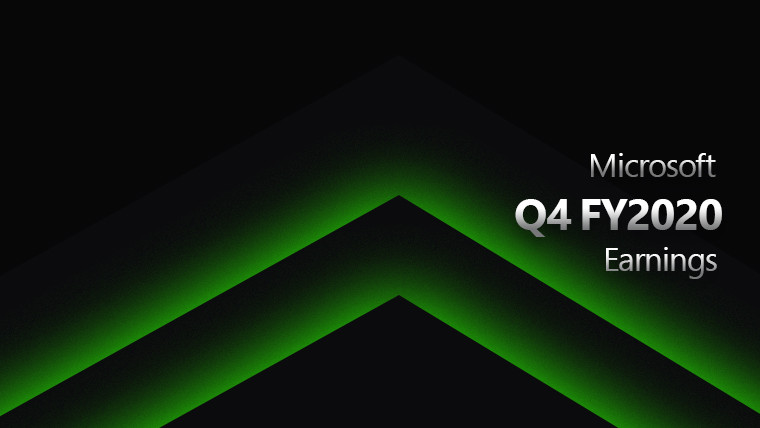 Adding to the already packed week in terms of news, Microsoft also released its earnings report for the fourth quarter of its 2020 fiscal year.

The $38B in revenue (up 13% over the same quarter last year) translated to $13.4B in operating income and $11.2B in net income. The three key groups Microsoft’s financial reports cover are: Productivity and Business Process (up 6%) which brought in $11.8B revenue, Intelligent Cloud (up 17%) with its $13.4B in revenue, and finally, More Personal Computing (up 14%) with $12.9B in revenue. The latter group was the most impressive, given that it’s usually stagnant.

LinkedIn’s revenue grew by 10%, with a 27% increase in sessions. Dynamics products and cloud services saw a 13% total growth on the back of the 38% growth in revenue for Dynamics 365.

Moving over to Intelligent Cloud, Azure revenue grew by 47%, with server products being stagnant, translating into a 19% growth in server products and cloud services. Enterprise Mobility grew 26% to 147 million seats.

Additionally, Surface revenue grew by 28%, and gaming revenue grew by an impressive 64% off of the 65% revenue increase from Xbox content and services. Last but not least, excluding traffic acquisition costs, search revenue declined by 18%.

To end, we take a look at some of the Insider activity from this week, particularly on the Windows 10 side. 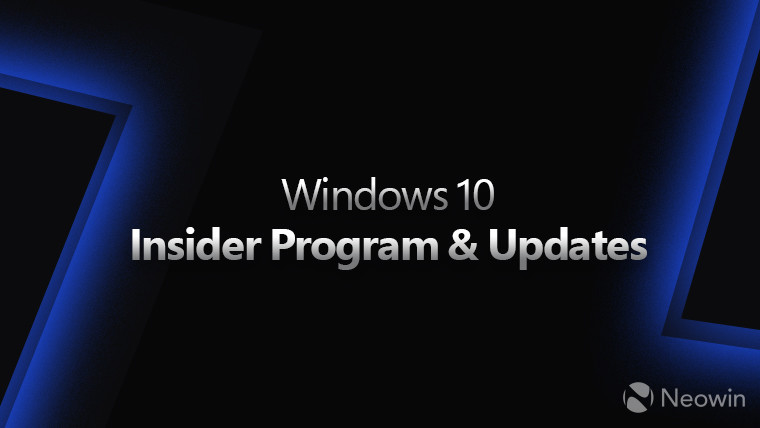 Mid-week, reports started coming out that some Insiders were seeing build expiration warnings. This is a problem for those with AMD processors which were stuck on pre-20170 vNext builds, or really anybody that was stuck on say, build 20161, the expiration date of which is July 31.

Luckily, the very same day, build 20175 was pushed to the Dev channel, bringing improvements to pinned sites in Edge, the ability to reset UWP app settings via PowerShell, the addition of ‘Eye Contact’ for a more “personal connection” on the Surface Pro X, and of course a number of fixes. Besides the fact that the build was pushed out, the other good news is that the issue blocking certain PCs – and especially AMD-based ones – from receiving builds has been fixed.

ISO images for build 20175 were released too, as was an identically numbered build for the Server Insider Preview, devoid of any changelog.

The Beta channel got some attention too, as build 19042.421 of the 20H2 branch arrived for testers. Adding theme-aware tiles in the Start menu, the ability to Alt+Tab between apps and sites, improvements to pinned sites in Edge, and more, it also brought in a respectable amount of fixes.

Folks on particularly old versions of Windows 10 at this point – like 1809, which is nearing end of support – should start to be updated automatically to 2004 (May 2020 Update), though there are still quite a few blocks still in place. There’s no indication of when all these would be removed.