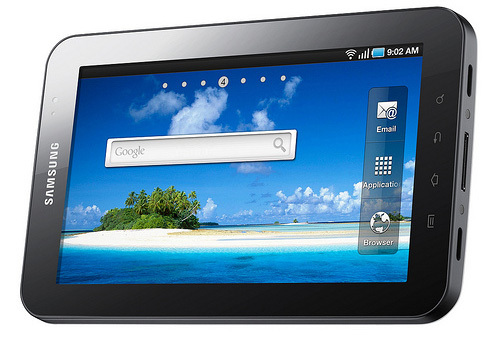 For a month now, much of the hype in the mobile market has been around the Samsung Galaxy Tab. The company's goal with the tablet is to provide an Android 2.2 alternative to the Apple iPad, and create an environment which is arguably more free. Details reguarding the availability of the tablet were scarce at first with the exception that it was known to be available on cellular or mobile phone networks. Later on it was revealed that the Galaxy Tab would be coming to all of the major mobile networks, which was great, but what about the people who just wanted a tablet and no contract?

In a recent press conference by Samsung, according to Engadget, the Samsung Galaxy Tab will be released in two flavours akin to the iPad; 3G + WiFi and WiFi only. The WiFi only version comes as huge news for those who wanted to pick up a tablet, but didn't opt for the Apple iPad and don't wish to have a contract to use the device.

Creating two varieites of the product will help Samsung gain all of the market that it possibly can. Apple's iPad is available with just WiFi or WiFi and 3G access via AT&T. Samsung will not only be competing on AT&T, but on every major mobile network and now in any location with WiFi access as well.

The pricing is not known for the WiFi only version, however the 3G plus WiFi version was said to be somewhere between $200 and $300, so it is safe to say this will be an economical alternative to the iPad, as well as other mobile devices.